Mike Cameron was born in Chattanooga, TN on July 21, 1959. Mike’s family lived in Rossville, GA until Mike entered the first grade. At that time, his family moved to Lookout Valley, a community just west of Chattanooga, where Mike lived most of the next 25 years.

In 1977, Mike graduated from Lookout Valley High School. He then attended Chattanooga State, graduating with an AS in Business in 1979. In 1982, Mike began a 32 year career working with Blue Cross Blue Shield of Tennessee. During his early years at Blue Cross, Mike began work on completing his bachelor’s degree, which he completed in 1987 (BA in History).

During his career, Mike held various positions at Blue Cross from the mailroom to project management. The focus of most of Mike’s career was his involvement at a national level with various workgroups related to developing Medicare Secondary Payer Regulations. During this time, Mike worked on national groups with representatives of the Blue Cross Association, AHIP and the Centers for Medicare and Medicaid Services. In 2014, Mike retired from Blue Cross.

During Mike’s work years, he acted as sole care giver for his ailing mother. This was a challenge, juggling work and care for his mother. But Mike saw the opportunity as a service to not only his mother but to God. During this time, Mike learned a great deal about senior care issues and navigating the health care system for a parent.

After retirement, Mike became very active in Walker County, Georgia politics. After the Walker County Republican Party placed a ballot question on the 2016 primary ballot asking citizens if they wished to move away from a Sole Commissioner form of government, Mike formed a ballot committee to campaign for the question, which subsequently won 75 percent of the vote in May, 2016.

In October, 2016, Mike was named by the Walker County Republican Party to chair a committee to determine what would be the best form of government for Walker County to transition to from a Sole Commissioner. After three months of work, Mike took the committee’s recommendations and wrote a white paper with recommendations and presented this to Rep. Steve Tarvin and Senator Jeff Mullis. Although the legislators were opposed to changing the government of Walker County, the found the recommendations reasonable and drafted a Local Act, calling for a governmental referendum for Walker County. Mike and the committee worked during the 2017 Session with legislators to get the Local Act through the legislature. It happened.

In 2018, Mike was asked to fill a vacancy as Chairman of the Walker County Republican Party. Mike jumped in with both feet. Mike brought the various factions of the party together and began expanding the reach of the Party. After the primary and runoffs, Mike focused the party’s efforts in getting our statewide officeholders elected. A call center was established which made over 100, 000 calls for now Governor Kemp. Calls were also made for other candidates. Mike focused his efforts on supporting statewide candidates’ efforts in Walker, Catoosa, Chattooga and Dade Counties. Mike finished his term in March, 2019.

In 2020 Mike was elected as State Representative for Georgia House District 1, which includes parts of Walker and all of Dade Counties.

Outside of work and politics, Mike is very involved in his church, Good Shepherd Lutheran Church in East Ridge, TN, just over the border from Rossville, GA., assisting the pastors in conducting services as well as making hospital and home visits.

Mike serves as a volunteer at a school in Rossville, GA. In the summer, Mike teaches a Bible class to at risk 5th graders at Rossville Summer Academy. Mike is also very involved in acting as an advisor for the citizen group with is trying to bring back and redevelop with community of Rossville, GA.

For fun, Mike loves watching old movies and listening to the music he grew up with. And each summer, Mike attends a one-week Bible study conducted by gospel singer Michael Card at the Billy Graham Training Center at the Cove, one of Mike’s favorite places to go. 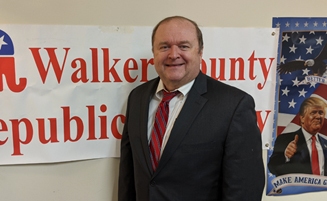